If you use Cisco switches, you’ll know that their hardware is very expensive on the market. Most of the time, this makes sense, however, it still makes Cisco users trying to find a way to reduce their cost on hardware.

One of the most saving ways is that use a third-party optical transceivers. SFP transceivers are developed to ensure that a single Cisco switch can accept a variety of standard plugs, especially for those SFP on the market with various optical formats. Usually, they’re even plug-and-play, without having to reboot.

When adding new Cisco routers, these may be an available method of saving money.

However, cisco would rather you spend $200 for their own branded SFP transceivers, rather than spend 10% of that for a third-party SFP.

In the rather harsh way, Cisco has even started setting up their Cisco Catalyst line of switches, attempting to completely shut down a port with a non-Cisco SFP in it.

The good thing is that a couple simple console commands to remove this restriction, so that can make it possible to use a reliable third-party SFP transceiver in Cisco hardware running IOS 12.2(25) SE or later. 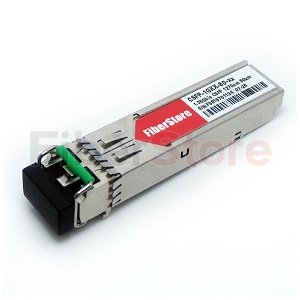 The first command is so well-hidden that it is absolutely undocumented. It will not even appear in the standard help lists of identify command. This is simply:

After typing this in, it will pop up a warning message, but will make no other attempt to prevent you from proceeding. Theoretically, this will allow the switch to accept third-party hardware, but often a second command is necessary to disable the automatic port shutdown.

That second command is:

And that is really all it takes. At this time, your Catalyst should be prepared to accept any third-party SFP plugged into it, no matter what kind of suppliers.

Is There Any Reason Not To Use Third-Party Transceivers?

When you run the “service unsupported-transceiver” command, you get a rather harsh-looking warning message. However, all it actually says is that:

What’s the reason to believe that it is possible third-party transceivers will cause problems? According to our experience, definitely not. If your SFP is well-made and buy from a reliable supplier, there’s no reason it should cause any problems. Optical transceivers is a very basic technology, and the possibility of even if it is a poorly made one causing actual damage are very minimum.

If you purchase your transceivers from a reliable supplier, they’ll be just as dependable as the Cisco branded units, but the cost is just a small part of the Cisco SFP Module.

Even if you are “locked in” to a single networking brand or vendor, that does not mean you must have to use them for everything. The basic components, like optical transceivers, are so standardized that just about any reliable model will work perfectly well.