Nowadays, confusion appears when facing so many options on the fibre optic market, so being familiar with fibre optic equipment is helpful to select the one that exactly meets your need. When it comes to transceiver modules, various kinds of modules, like GBIC, SFP, QSFP, CFP and so on, may confuse you. What is GBIC? To help you get a general idea of GBIC module, this article will focus on what is GBIC module, types of GBIC and how to choose from GBIC and SFP.

Short for gigabit interface converter, GBIC module is a transceiver which converts electric currents to optical signals and the other way around. It is hot pluggable and connects with fibre patch cable. With SC duplex interface, GBIC module works at the wavelength of 850nm to 1550nm and can transmit signals through the distance of 550m to 80km. It is a cost-effective choice for data centres and office buildings. As the improvement of fibre optic technology, mini GBIC came into being. It is regarded as the advanced GBIC, for it has half the size of GBIC, but supports the same data rate as GBIC. Mini GBIC is called small form factor pluggable (SFP) transceiver, which is a popular optical transceiver module on the market nowadays. 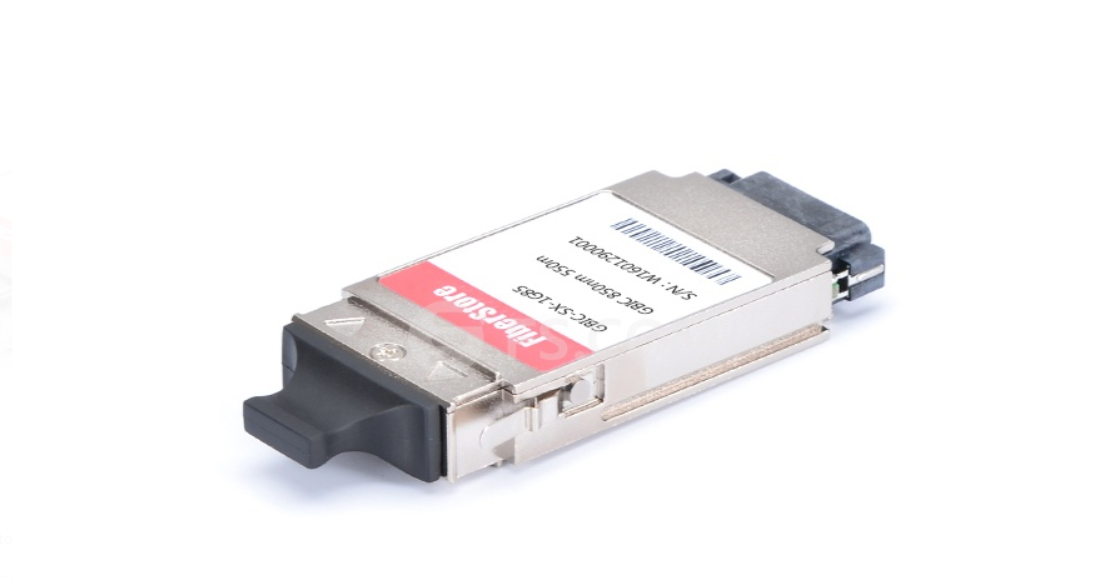 There are many types of GBIC transceiver modules, which differs in transfer protocol, wavelength, cable type, TX power, transmission distance, optical components and receive sensitivity. The following chart will show you the details of them.

GBIC vs SFP: Which to Choose?

As is shown in the above passage, GBIC and SFP are both used in 1Gbit data transmission. So which to choose? You know that SFP modules have a distinctly smaller size compared with GBIC transceiver modules. Obviously, SFP has the advantage of saving place, so there could be more interfaces to be used on a switch. When to choose which? It depends on the situation and your need. If you already have a line card, then you should choose GBIC or SFP modules according to your empty interfaces type. Besides, if you are planning to buy a new line card for your switch and want to make a decision of using GBIC or SFP modules, then how many interfaces you need to use is the important factor to consider. Generally speaking, SFP line card has a higher port density than GBIC line card for SFP has a smaller form factor than GBIC modules. So if you need 2 fibre interfaces on your switch, 2 port GBIC line card is a good choice. If you need to use over 24 interfaces on your switch, then 48 port SFP line card is more possible to meet your need.

What is GBIC? What are the types of GBIC? And how to choose from GBIC and SFP? This article has given you the answers. With the above information, it’s much more possible for you to choose a GBIC or SFP transceiver wisely. If you need a little more help and advice with any of GBIC or SFP optics, then please do not hesitate to let us know. FS.COM provides various kinds of fibre optic transceivers, including GBIC, 1G SFP, 10G SFP+, 40G QSFP, 100G QSFP28 and so on. For purchasing high-quality transceivers with low cost or for more products’ information, please contact us at sales@fs.com.

With the growing need of higher capacity network connectivity, 10G network transmission is becoming increasingly popular. 10G SFP+ optical transceiver and 10GBASE-T copper transceiver are the two main options of 10G network. It becomes a challenge to choose the appropriate 10G connectivity for every IT worker. This article will compare 10GBASE-T with 10G SFP+ transceiver from the perspectives of power, latency, cost and interoperability. And try to give you some suggestions to choose between them.

Applied initially in the data centre and the horizontal cabling system, 10GBASE-T transceiver module is a new 10GE PHY using the existing MAC (Media Access Controller). It preserves the 802.3/Ethernet frame format at the MAC Client service interface. 10GBase-T works at 100 meters for Cat6a cable and up to 50 meters for Cat6 cable. It offers flexibility, low cost transmission media, and is backward-compatible with existing 1GbE networks. 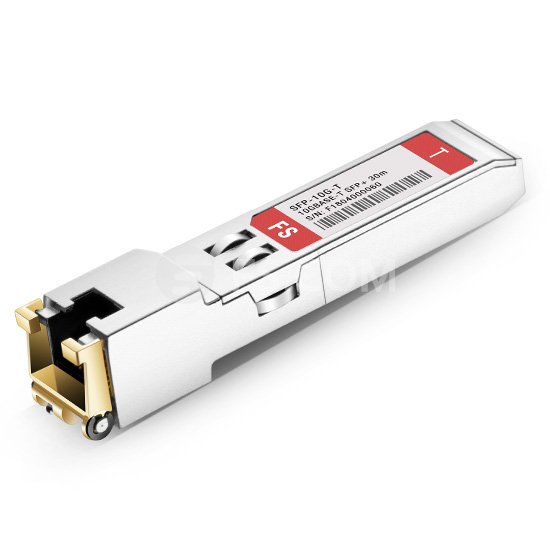 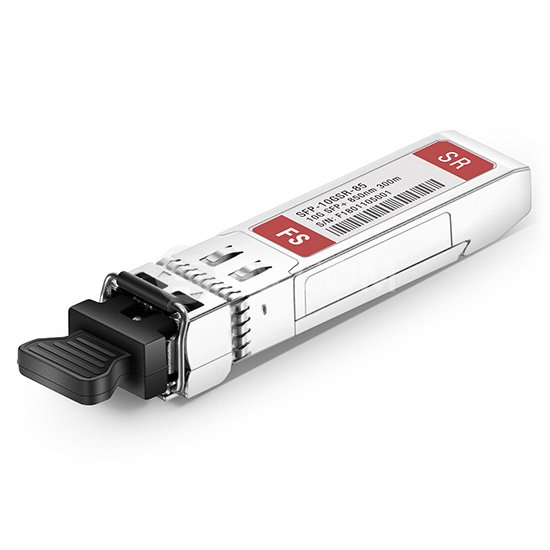 After the brief introduction of the two transceiver modules, we will compare them from following perspectives.

10GBASE-T copper transceiver also has the advantage of being interoperable for using the familiar RJ45 connector and providing backwards compatibility with legacy networks. So it can be deployed in existing 1GbE switch infrastructures in data centres, enabling IT to keep costs down while offering an easy migration path to 10GbE. While 10GSFP+ optical transceiver are limited with little or no backwards compatibility.

The first 40 Gb/s transceivers were based on the C form-factor pluggable (CFP) module, 40G CFP transceiver which is a large module capable of handling up to 24 watts of power requirements were based on this module. The CFP modules is specified by a multiagreement.

CFP module, which can be used to provide either a 40GBase-SR4 or a 40GBase-LR4 transceiver. The module is a 40 GBase-LR4 connection is described. The most popular connector for 40 Gb/s interfaces these days is the QSFP+ module: it takes up much less space on a switch or server interface, making it possible for vendors to provide multiple QSFP+ transceiver module for 40GBase-SR4 is provided with a multifibre push-on (MPO) media connector, carrying multiple pairs of fibre optic cables to support the four lanes of data for the short reach fibre standard. The 40GBase-LR4 long-reach system uses a QSFP+ transceiver equipped with a duplex fibre connector for connecting to the single pair of fibre cables.

“The QSFP has evolved to QSFP+ to meet 40Gbps data rates just as SFP progressed from SFP to SFP+ for 40 Gbps rates. The original QSFP MSA now resides as INF-8438 and is no longer an appropriate designation for use, being superseded by SFF-8436 in the SFF Committee,” said Jay Neer, advanced technical market manager, industry standards, Molex Incorporatd.

The round cable provides much improved cable management over the traditional flat ribbon cable. A robust 4.50mm round optical cable ensure cable integrity and improved cable routing for installations that require connections greater than 25m apart.

The related products what mentioned above all can be offered from FS.COM, at the same time, I need to tell you good news that some optical fibre products are working with 30% of the price discount now. Welcome to visit our online store.