Fibre optic transceiver types are various and support many different cabling media and application speeds. You may hear words like, GBIC, mini-GBIC, SFP, SFP+, XFP and others. These support different rates and have different form factors.

A Gigabit Ethernet interface converter (GBIC) is a standard used for the kind of fibre optic transceivers that can be plugged into switches and media converters. This method of plugging a fibre optic transceiver into a GBIC module slot of a switch, as opposed to having a fixed interface, is also called hot-swappable since the transceiver is loaded into the switch while the switch is powered on. The GBIC standard is determined in the SFF Committee in document number SFF-8053. GBIC transceivers are offered in the -SX, -LX, and -ZX wavelengths and media ranges.

GBICs were created to provide both a small form factor and the flexibility to plug a number of transceiver types into a common electrical interface for Gigabit Ethernet speeds. When a variety of optical port types are needed, an IT administrator can buy GBICs as needed. This lowers the expense of the overall switch system and gives the IT administrator much more flexibility, since they have the choice of different fibre optic transceiver types. However, if the switch is intended to mostly have one port type, then it will probably be cheaper and take up less space per port to use a switch with that port type built into it. The back of the device has an electrical adapter that plugs into a switch. The front of the transceiver has a SC connector interface for the two 850nm optical ports suitable for use over multimode fibre. One is used for transmitting and the other for receiving signals.

A smaller kind of the GBIC is called a mini-GBIC or SFP (small form factor pluggable) module. It serves the same purpose as the GBIC but has a smaller footprint. To allow for the smaller footprint, SFPs use LC connector interfaces. SFPs are also offered a 1000-Base-T reference to an RJ-45 interface.

The XENPAK transceiver was standardised in 2001 to support 10 Gigabit Ethernet over fibre optic media and copper media. These come in a number of optical media types and wavelength ranges and also support copper media using a -CX4 interface. They’re much bigger in dimension than GBICs and SFPs. After XENPAK was standardised, XPAK and X2 are created to supply a smaller footprint for 10 Gigabit Ethernet. These products share exactly the same electrical interface as XENPAK but are lighter. The XFP small form factor pluggable transceiver was initially developed in 2003 to supply a smaller form factor transceiver for 10Gbps applications than XENPAX, XPAK, and X2 transceivers.

XFP was created by the XFP Multi-Source Agreement Group prior to the development of the SFP+. XFPs supports 10 Gigabit Ethernet, SONET/SDH, and Fibre Channel applications. In keeping with their small form factor, much like SFPs, XFPs use an LC connector interface. XFPs are set up in a similar fashion to GBICs and SFPs, are available in many media type and wavelengths. 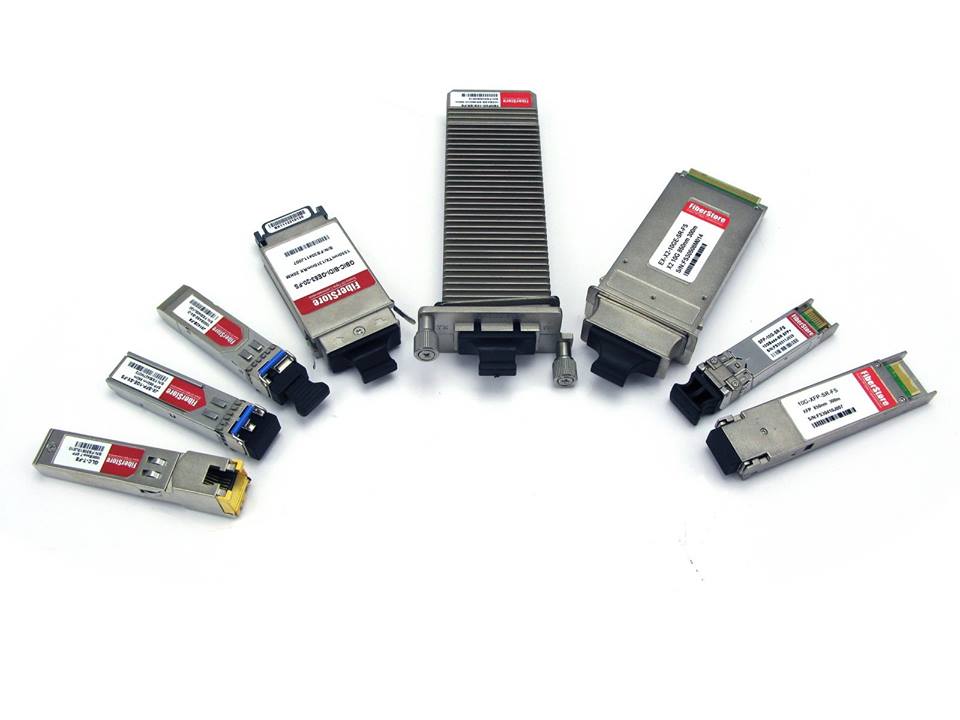