An Ethernet cable serves the basic purpose to connect devices to wired networks. However, not all Ethernet cables are created equal. When shopping for Cat5e, Cat6 or Cat6a Ethernet cable, you may notice an AWG specification printed on the cable jacket, like 24AWG, 26AWG, or 28AWG. What does the term AWG denote? 24AWG vs 26AWG vs 28AWG Ethernet cable: what is the difference?

What Does AWG Mean?

The AWG stands for American Wire Gauge, a standardized system for describing the diametre of the individual conductors of wires that make up a cable. The higher the wire gauge number, the smaller the diametre and the thinner the wire. Thicker wire carries more current because it has less electrical resistance over a given length, which makes it better for longer distances. For this reason, where extended distance is critical, a company installing a network might prefer Ethernet wires with the lower-gauge, thicker wire of AWG24 rather than AWG26 or AWG28.

24AWG vs 26AWG vs 28AWG Ethernet Cable: What Is the Difference?

To understand the differences among 24AWG vs 26AWG vs 28AWG Ethernet cable with different AWG sizes, let’s take a look at how the wire gauge affects the wire conductor size, the transmission speed & distance as well as the resistance & attenuation.

AWG is used as a standard method denoting wire diametre, measuring the diametre of the conductor (the bare wire) with the insulation removed. The smaller the gauge, the larger the diametre of the wire as listed in the chart below. The larger diametre of 24AWG network cable makes for a stronger conductor which is a benefit when being pulled on during installation or when routed through machines and other equipment.

The wire gauge of the Ethernet cable has no relationship with the transmission speed of the cables. So there are 24AWG, 26AWG and even 28AWG Cat5e Ethernet cable and Cat6 Ethernet cable on the market. Copper network cables with a smaller gauge (larger diametre) are typically available in longer lengths because they offer less resistance, allowing signals to travel farther. Therefore, the 24AWG Ethernet cable is the way to go especially for those longer runs, while the 26AWG and 28AWG Ethernet cable are more preferred for relatively shorter distances.

The larger the diametre of a wire, the less electrical resistance there is for the signals it carries. A 24AWG network cable will offer less resistance than a 26AWG or 28AWG network cable. Since the 24AWG conductor is larger than 26AWG cable, it has lower attenuation over length properties. Thus when selecting between 24AWG vs 26AWG Ethernet cable, 24AWG would be preferable to 26AWG, because 24AWG Ethernet cable is more durable with lower attenuation than 26AWG Ethernet cable. All shielded (STP, FTP, SSTP) cables on the market are 26AWG and all unshielded cables are 24AWG or 28AWG.

However, you may also noticed that the thinner versions of Cat5e, Cat6 and Cat6a slim patch cables constructed of 28AWG wire have sprung up on the market. These slim Ethernet cables can be more than 25% smaller in diametre than their full-size counterparts. The 28AWG slim Ethernet cables with thinner wires improve airflow in high-density racks and can be more easily installed in crowded space compared to 24AWG or 26AWG Ethernet cables.

24AWG vs 26AWG vs 28AWG Ethernet cable, which one is the best option for your network? The smaller the gauge, the larger the diametre of the wire. The larger the diametre of a wire, the less electrical resistance there is for the signals it carries. For long runs with more potential damage, the 24AWG Ethernet cable is the best, because it comes with stronger conductors with lower attenuation. If you’re considering to save more space, the 28AWG slim Ethernet cable would be more suitable to enable higher density layouts and simplify cable management. 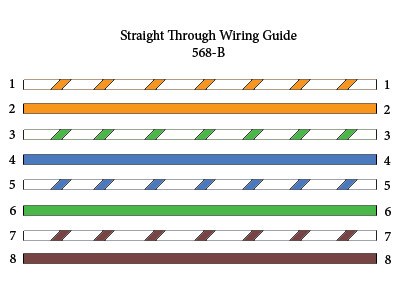 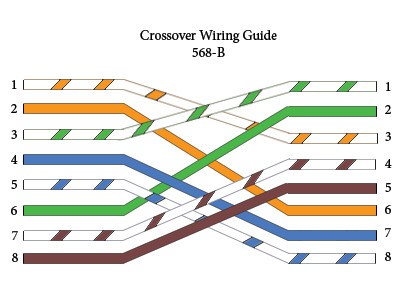