Before, Plesiochronous Digital Hierarchy (PDH) system was used to transport phone calls and data over the same fibre. Since phone calls and data traffic increase a lot, SONET SDH are introduced to replace PDH system to transport the data without synchronization problems. As you can see, you always find SONET and SDH SFP+ in the market. Now, this article will give a brief analysis on SONET SDH SFP+. 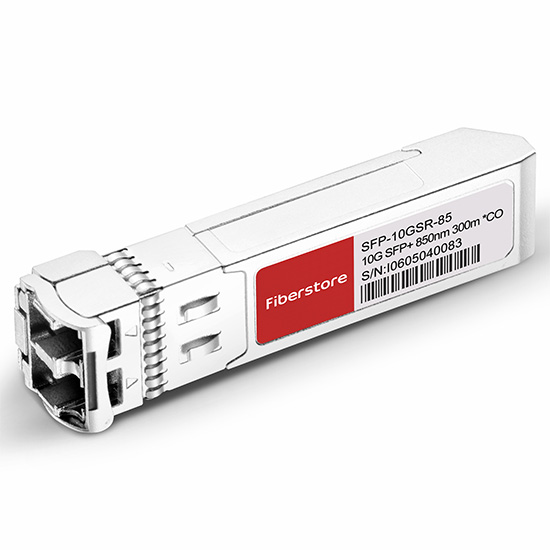 SONET (Synchronous Optical Networking) and SDH (Synchronous Digital Hierarchy) are multiplexing protocols that transfer multiple digital bit streams over optical fibre with lasers or light-emitting diodes (LEDs). SONET and SDH are widely used methods today for very high speed transmission of voice and data signals across the numerous world-wide fibre-optic networks. SONET is the standard used in the United States and Canada, and SDH in the rest of the world. The two are largely equivalent. Although the SONET standards were developed before SDH, it is considered a variation of SDH because of SDH’s greater worldwide market penetration.

We often find SONET SDH SFP module like Cisco OC-3/STM-1 LR-1 SFP 1310nm 40km IND DOM. What does OC-3/STM-1 mean? OC-3c (Synchronous Transport Signal 3, concatenated) is the basic unit of SONET. Depending on the system, OC-3 is also known as STS-3 (when the signal is carried electrically). STM-1 (Synchronous Transport Module, level 1) is the basic unit of framing in SDH, which operates 155.52 Mbit/s. OC-3c and STM-1 have the same high-level functionality, frame size, and bit-rate.

SONET And SDH for 10 Gigabit Ethernet

10GbE provided the potential for an Ethernet solution aligned with the data rate of OC-192 backbone. It’s the first time in Ethernet history that no additional speed matching equipment would be required to link with the WAN. A seamless end-to-end Ethernet network can be built with less money. But the question is how to balance the compatibility with the installed base of OC-192 equipment while still meeting the economic feasibility criteria of the P802.3ae Task Force in defining the 10GE WAN PHY. To solve this problem, an OC-192 frame format is provided to support only the SONET overhead features required for fault isolation. This simplification avoids unnecessary functions and cost.

FS offers OC-192/STM-64 SFP+ for short reach (SR-1, VSR) , intermediate reach (IR-2) and long reach (LR-2) applications (as shown in the following table). Our SFP+ module is compatible with the SONET/SDH and ATM standards. For more details, please visit www.fs.com or contact us via sales@fs.com.

Related Article: How Much Do You Know About SONET/SDH SFP Module?